13 April 2015
Obituary to my Friend and Conservationist Greg Gibbard 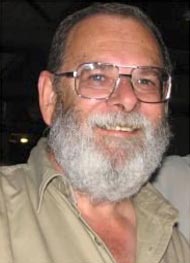 Obituary to my Friend and Conservationist Greg Gibbard

A few days ago I tragically lost a very good friend, such a good friend in fact that he gave me the honoured Australian title of “best mate”

I met Gibby 16 years ago at Kanondo Tree House Camp, in Hwange Zimbabwe. He said he would love to help me with my work conserving Painted Dogs.

I hopefully asked if he could fix cars, but alas not.

Then I asked if he knew how to put a website together and he replied “Haven’t got a clue, but I’ll try.” With quite a few starts, stops, and miscues, he completed the task of the website from his home in Perth, Australia.

He also valiantly helped me source all those vital “nondescript odds and sods’ that often cost a few cents but were just unobtainable in Zimbabwe. He would spend hours trolling through “Dick Smiths” monster catalogue on my behalf. It wasn’t computerised back then. This was a task for which many folk would have admitted defeat early and said “Sorry I can’t find it”. But Greg’s tenacity always shone through. If he couldn’t find it, it probably didn’t exist. That was the nature of Greg ...

When Greg came into the field for his first “bush camp” in Africa our friendship blossomed beyond “Dick Smiths” and a website. In the African night, to sound of the cacophony of the nocturnal wild, it soon became apparent that we shared similar values and that the opportunity given to him to join and be a part of a conservation project was something he held very close to his heart.

From my introduction to the world of conservation, Greg became a respected member of the wider conservation family. Helping Painted Dogs became his mantra. So strong was that passion, that had he had a crystal ball, I suspect he would still have taken the same path.

He will always be remembered as the guy who was a great pedant, with a great sense of humour and even his ‘humphs and grumps” were part of his nature that will become a fond memory for me.

All of us who cared for Greg had tried to stop him smoking... I am glad I failed and that he had his life’s pleasure to the end.

Have a good ride my friend and may the African sunshine, a bottle of rum, a fine cigar and all that gave you pleasure be with you on your journey.

With sorrow from myself, conservation and all of us who knew him.